We’re already starting to see an exodus of key contractor workers from Public Sector positions, especially in IT, since HMRC announced changes to the IR35 legislation. There could be a crisis developing that would affect some important projects. What’s really happening? 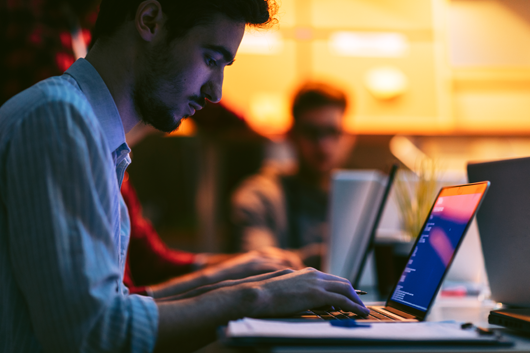 Basically, this all started because of the growing number of workers employed by Public Sector companies ‘off-payroll’, and the consequential reduction in tax revenue to Her Majesty’s Treasury.

A number of organisations have been employing contractors off the payroll (either on the contractor’s own instigation, or at the employer’s request) for years. Contractors then supply their services through their own Limited company or Personal Service company. The contractor/supplier simply invoices for their services and the company pays the billed amount.

This took the obligation to pay employer’s National Insurance and process the tax on wages away from the employer. It put the onus on the contractor (working through his own company) to remit to HMRC the tax and NI due.

However, since the contractor is an owner/employee of their own Limited company, they need not pay themselves a set salary. They can be paid a smaller wage with other payments in dividends, which the government taxes differently. Thus, for every worker taken off a company’s or agency’s PAYE scheme, the Treasury receives less tax.

The Government needs the money, and HMRC is tightening the rules

HMRC originally introduced the IR35 legislation in April 2000. The government created it out of a need to determine whether a contractor is in fact properly self-employed or should be technically an employee, and therefore on-payroll. A lot of the reasoning behind this is down to the contractor’s working routine. If it were not for their intermediary company, would they in effect be an employee of the client? Public sector companies are often easier for the government to audit than private ones.

Various legal cases have tested HMRC’s definitions and determinations of what constitutes self-employment and a proper service company over the years. However, bigger changes and refinement of the rules have recently taken place. These affect many contractors working for Public sector and Private companies.

In April 2016, HMRC brought in tougher rules regarding contractor’s expenses claims, as umbrella companies were repeatedly using large expenses to offset against tax liability. In particular, this related to travel and subsistence expenses for those working under supervision, direction and control.

HMRC ruled that contractors could no longer claim travel expenses from home to their primary place of work, as all normal employees have to travel to work as a matter of course. Neither could they claim for food and drink while at work, as they have to eat anyway whatever they’re doing. And again, a normal employee doesn’t get a free lunch.

More changes on the way

However, HMRC announced even further rules late last year for introduction this April. They state that anyone working in a situation that is equivalent to full-time permanent employment must pay national insurance on the payments they receive. By implication, it also means the client/employer should pay employer’s national insurance as well. This is a tougher measure against tax avoidance by off-payroll full-time regular contractors running payments for their work through their own personal limited companies, when they could technically be seen to be normal employees.

This means that companies should technically bring many contract workers into their PAYE. Or they must employ contractors through an umbrella company, who pay the contractor on a PAYE basis.

This puts the normal contractor in a difficult position. Some will feel that they should stick with limited company status and find other work on a freelance basis. Others will be in a position where they are in ongoing employment for a company, or through a particular agency. Leaving that position may not be possible on a financial or career basis.

If the latter, then the best option is to work with an umbrella company. This way, the contractor’s employment can continue smoothly, and they also remain compliant with HMRC. They’ll be able to relax while the umbrella takes care of their contracting, tax and National Insurance payments for them.

If you haven’t already joined Senigpay, then now is the time to do so. Give one of our friendly team a call, and we’ll be able to talk through the best options for you.